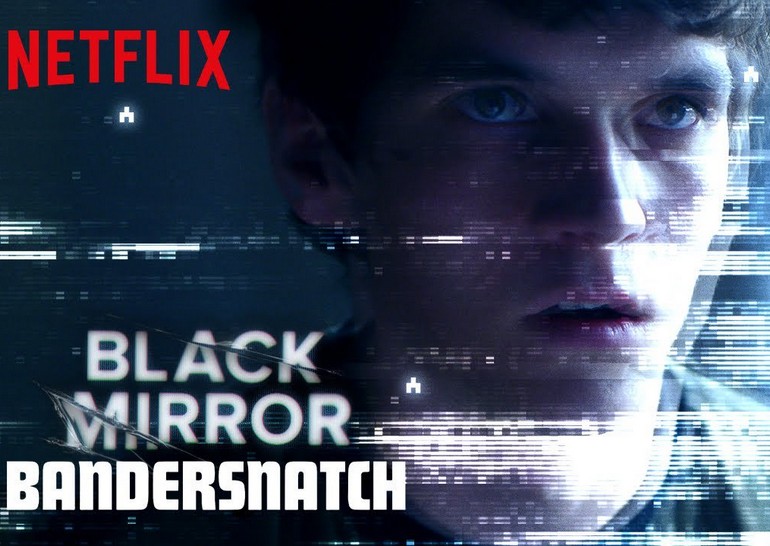 Netflix has been the king of digitally watching movies and TV shows for years now due to its wide spectrum of movies genres ranging from kids shows to R-rated horror films.

With such growing popularity, Netflix decided to freshen up its site by making some of their films interactive. They use a kind of “choose your adventure” story, where the audience gets to decide how the story goes.

One of these interactive movies on Netflix is Black Mirror: Bandersnatch. Black Mirror is a British TV show known for being the “Modern Twilight Zone” with innovative tech-based nightmare episodes that have you gripping the edge of your seat with every twist.

However, Bandersnatch is an entire interactive film, rather than a TV episode. It focuses on the main character, Stefan Butler, who is an aspiring video game programmer. In this cinematic universe, there is a company known as Tuckersoft, which is basically the Motown of video games in the ’80s. Tuckersoft mass produces games and hopes one of them blows up and becomes the next hit to make millions

It’s always been Stefan’s dream to work next to his childhood hero Colin Ritman, a successful programmer working at Tuckersoft. Stefan pitches his own idea of a videogame called Bandersnatch, a “choose your own adventure game” based on a book he read earlier in his life. Stefan’s game idea sparks up the interest of Tuckersoft CEO Mohan Thakur, and Stefan is on the team for programming games right along with Colin.

Beyond this, the choice is up to the viewer. Throughout the film, Stefan struggles with either making this game amazing or escaping with his sanity. The closer he gets to perfecting the game, the more his sanity dwindles.

Black Mirror is well known for making their audience think and possibly question the reality they dwell in, and Bandersnatch is another home run in that aspect. The movie explores several mind-boggling topics, but the one that stood out from the rest is the idea of our own decision making. In life, we make several decisions in a day, like what to wear, what to think about, what to eat, who to talk to and many other things on top of those. For every decision we make, there’s some dimension out there that we make the opposite choice, therefore making the number of dimensions infinite. We, however, dwell in only one dimension, and will only know the outcomes of the decisions we make in the one specific dimension. Bandersnatch, however, makes Stefan aware of his “other dimensions”, which counters the reality we live in. As you watch the movie and make decisions, Stefan is made aware of these decisions. He is then able to use the knowledge gained from the multiple dimensions and apply it to his current situation in an effort to create the best possible reality. The overall concept of this is extremely confusing, but Bandersnatch does a great job at explaining this enigma to the audience, making this movie such a mind opening experience.

This review is spoiler-free, however, there isn’t much that can be said without spoiling this film. Each different and unique ending is well worth the time exploring and experiencing them for yourself.

Regardless the ending you get, Black Mirror: Bandersnatch gets a 4.5/5 for hitting things out of the park and setting the bar for what an interactive movie can be and accomplish.