Is Tom Brady the true GOAT of the NFL? 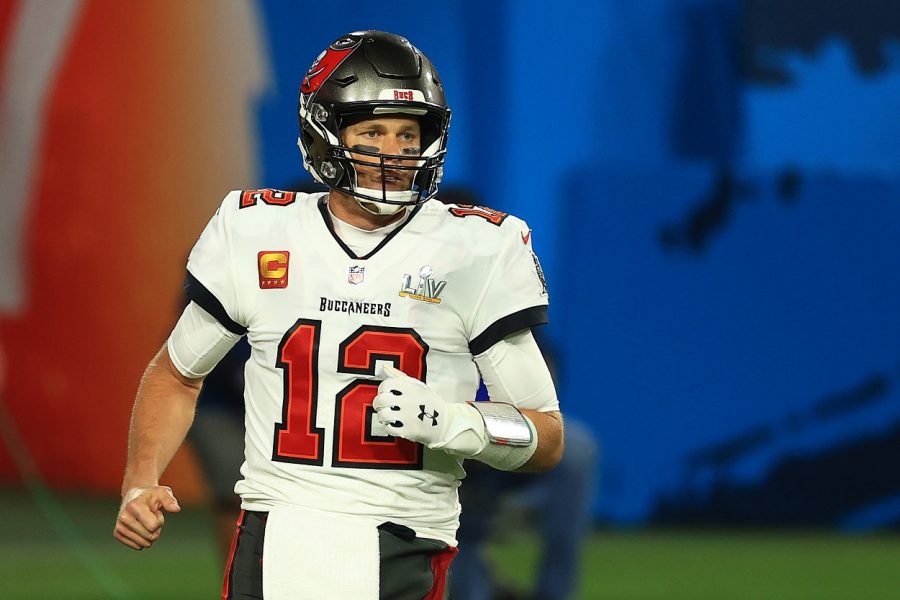 If Tom Brady were to have a catchphrase it would be “another one”, coined by DJ Khaled. With his 7th Super Bowl ring won at Super Bowl LV on Sunday, February 7th, Brady holds the most Super Bowl wins than any other NFL player. At 43 years old, the Tampa Bay Buccaneer quarterback isn’t retiring quite yet.

Brady’s career began at the University of Michigan where he started at quarterback in his junior year. After becoming quarterback, he led the Wolverines to 20-5 in his junior to senior season. He also led the team to a Big Ten title win. In the 2000 NFL Draft, he was the 199th pick in the sixth-round. Brady was drafted to the New England Patriots, where he began his professional career, and ultimately, his path to stardom.

In his 20 seasons with the New England Patriots, Brady made appearances in nine Super Bowls, winning six of them. With the Patriots, Brady won four Super Bowl MVP awards and three NFL MVP awards. Prior to this year with the Buccaneers, he has the most playoff wins than any other player or head coach (33), the most touchdown passes of any quarterback (80), the most division titles (16), and the most passing yards of any quarterback (12,248). Brady also holds records within the Super Bowl alone: most wins (6), most touchdowns (18), most passing yards of any quarterback (2,838), and oldest quarterback to start and win a Super Bowl (age 41). It’s safe to say that even though Brady was picked so low in the 2000 NFL Draft, he was worth more as a quarterback. [all data taken before the 2020-2021 NFL season]

After Brady’s impressive career with the Patriots, he signed with the Tampa Bay Buccaneers in March of 2020. His move was questionable: the Buccaneers had two winning seasons in the past decade and hadn’t been to the playoffs since 2007. Nonetheless, Brady took the team to its second Super Bowl and made history by becoming the first NFL team to play a Super Bowl in its own stadium, and on top of that, win.

Going into Super Bowl LV, the Kansas City Chiefs were favored to win over the Tampa Bay Buccaneers. Quarterback Patrick Mahomes and the Chiefs were the reigning Super Bowl Champions, and had beaten the Buccaneers 27-24 that same season. In the end, the man in his 21st season in the NFL and six previous Super Bowl rings won the game, 31-9. Patrick Mahomes, the young rising star, still has a lot to learn about the game of football, and hopefully during Super Bowl LV he took notes from who many consider to be the GOAT.