The Irresponsibility of social media influencers 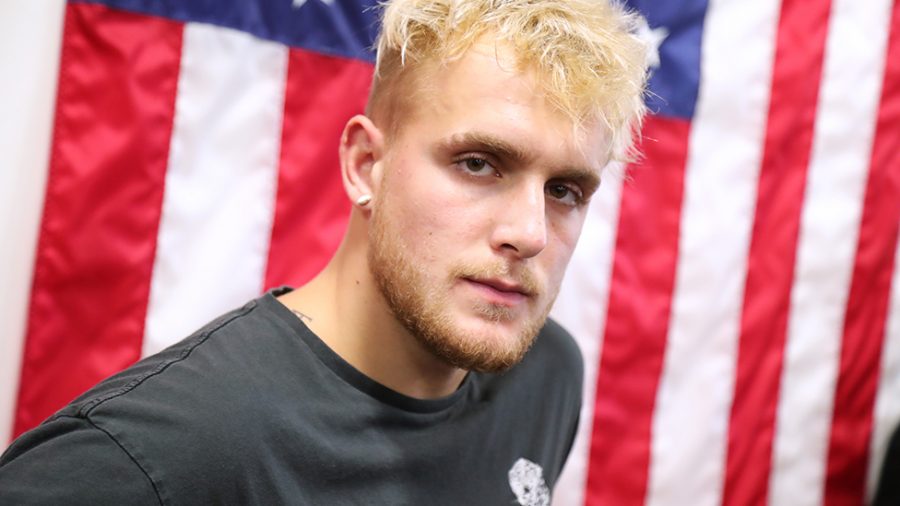 During the midst of a deadly pandemic, one would assume that the majority of people would adhere to the rules of social distancing and limit actions that could possibly endanger others. But numerous social media influencers have refused to follow these rules. Instead, they have showcased their selfishness by being inconsiderate to others, as well as spreading misinformation with their ignorance.

Jake Paul, a youtuber who is known for making over-the-top videos that are curated to children, shared his belief that COVID was just a hoax. According to Paul, because “COVID cases are at less than 1 percent” and possesses similarities to the flu, the severity of the pandemic isn’t real. His argument is one that has been used by many other people, like Trisha Paytas, for example. She is another youtuber who is known for making eating videos, as well as controversial ones. She made a video in the beginning of the pandemic making similar statements to Paul, adding that the elderly and people who are susceptible to illness should be the only ones to quarantine.

Paytas’ comments, although ignorant, can be understandable since it was only the beginning of the pandemic. But Paul’s comments were more troublesome because he said them far into the pandemic. Even if COVID was similar to the flu (which it isn’t), the difference between the two was that at the time Paul stated his beliefs, November 2020, there wasn’t a viable vaccine yet. Especially considering that the number of deaths then was far more than the annual deaths from the flu (250,000 v.s. 34,000), COVID is evidently not a hoax.

It’s quite dangerous for Paul to claim that the severity of the virus isn’t real because he has a massive number of subscribers – over 20 million – mainly consisting of children. Spreading misinformation, especially to more impressionable individuals, promotes people into believing that they can do whatever they want during the pandemic. But an even bigger issue that furthers this mentality is hosting and participating in large parties during the pandemic.

Aside from Jake Paul, who has participated in this activity himself, many other social media influencers have attended large COVID parties. For instance, Tana Mongeau, a youtuber mostly known for making storytime videos, kept going out to party for at least a month during the beginning of quarantine. She was seen participating in large group gatherings without social distancing, and sometimes, without a mask on. She had received a lot of criticism for it, but she continued to party until she decided to issue an apology on Instagram. She stated that “partying/going to any social gatherings during a global pandemic was such a careless and irresponsible action on [her] behalf.” She later stated that she would create a Youtube video to address her behavior, along with other issues surrounding her. For a while, Mongeau failed to upload the video and she ended up posting another apology apologizing for being comedically late to posting her video. But once she finally did release the video on September 4th, 2020, she was seen partying  yet again.

As someone who used to be a fan of Tana Mongeau, her continuous hypocrisy and lack of disregard over serious issues is quite tiring to witness. She has shown in the past that she doesn’t care about health issues, like in her MTV show, for example. She had a health scare where she believed that she may have had tuberculosis, but when she found out that she actually had asthma, both her and her friends laughed saying that it was “just asthma.” The fact that she views health as a miniscule issue, continued to party despite apologizing, and was late to posting her apology just shows that she doesn’t care about the lives she might be endangering.

The monotonous, yet aggressive, tone in her apology video even reinforces this idea. It gives the impression that she only made the video to slightly appease the people who kept asking her to address the situation. But her apology received very negative feedback, as expected from a video that sounded so ingenuine and scripted. Mongeau’s actions are disrespectful to everyone, and it’s especially disrespectful to her fans – the people who support her and have helped her reach the level of fame she’s currently at. Influencers like Tana Mongeau promote younger audiences to prioritize their liberty over the safety of themselves and others when they see that the people they look up to are refusing to take precautions without contracting COVID. This problem is even bigger when multiple influencers who have gotten COVID have irresponsibly kept it a secret.

Something to point out is that there are things and events that are less likely to happen than dying from, or at least receiving, COVID and people acknowledge them as a real threat. Shark attacks, plane crashes, amusement park failures – these are some of the things that occur at a significantly lesser rate than COVID, but a plethora of people understandably recognize the severity of these. So, why is it that so many social media influencers, as well as people without online notoriety, see the pandemic as a hoax or as a small issue? Perhaps it’s because it’s not possible to see the virus with the naked eye – visual stimulus might be needed to make people take it more seriously. Maybe it’s due to the ‘there’s no way I, or any of my loved ones, will be inflicted by the virus because only a very small percentage of the population have dealt with it’ mentality. Or, it might be because some people are simply self-interested.

Regardless of whatever the reason might be for taking a pandemic with little seriousness, the most sensible conclusion is to take COVID precautions and listen to experts, instead of following what social media influencers are doing.