“No Time To Die” Review 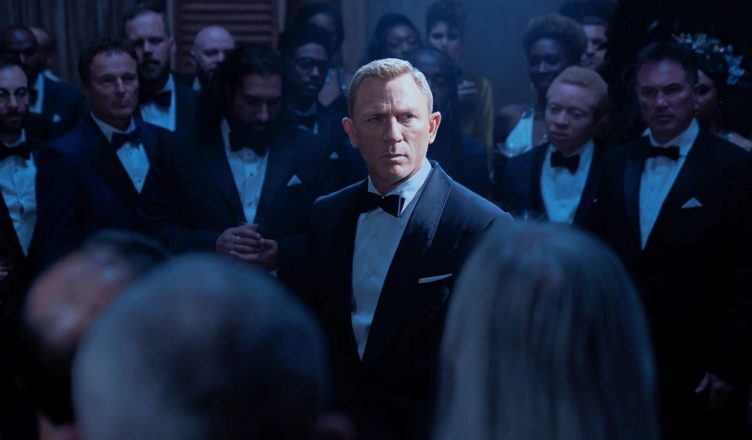 “No Time To Die” is Daniel Craig’s fifth and final time playing the titular character James Bond. This would be the twenty-fifth film in this long-going franchise. “No Time To Die” starts by giving us a slight introduction to the villain as well as some absolutely beautiful cinematography. It then jumps ahead to 2015 since the beginning of the film picks up shortly after the events of the previous film. It opens with giving us a decent action sequence in the city of Matera in Italy. The majority of all the action in the movie trailers takes place in this set. It then ends with Bond coming to a realization that someone betrayed him. Shortly after this first sequence it cuts ahead five years and shows that Bond has been enjoying his retirement. This sets the ground for his film and it feels like this is where “No Time To Die” truly begins while everything before it still felt as if it was a part of  the previous film, “Spectre”.

This review will probably be on the shorter side because there just isn’t a lot to say about this film. Apart from the one MAJOR issue I had and just a couple of minor nit-picky issues, it’s a very good entry into the franchise. Like I mentioned before, the cinematography in this film is absolutely stunning, it’s worth buying a ticket just for that alone. The soundtrack is also great in this film, albeit Billie Eilish’s “No Time To Die” is nowhere near as good as Adelle’s “Skyfall”. “No Time To Die” comes to a runtime of about two-hours and forty-three-minutes, but it was extremely hard to tell that you spent that much time in the theater. This film keeps a great steady pace for the first two-hours of the film but due to some reasons we’ll cover shortly, the last forty minutes felt like a sluggish drag. That being said, the first couple of hours are truly great, and Craig does an astoundingly great job in this film. It’s fast-paced and introduces some new characters into the mix. Sadly, some characters introduced are oddly absent from the rest of the film but that doesn’t hurt the movie in the slightest.

As I mentioned earlier, there is only one huge issue I had with this film. That would be the villain. Rami Malek portrays Lyustifer Safin who is arguably the worst villain in all of the Bond films. And that is truly saying something. The 007 franchise has had numerous villains that haven’t always been great, but they were at least better than this one. Rami Malek is a great actor so it truly hurts to see him in such a bad role. He did a good job in this film despite a bad script. The true nemesis in this movie are the writers. They give us a brief introduction to the villain early on and then include him in only ONE scene before the end of the film. Villains are normally one of the most important characters in any movie but in this film, instead he feels like the second most pointless character. I only had a few other minor nit-picky issues. The first of which being, Lashana Lynch’s portrayal of Nomi. Nomi becomes the new 007 while Bond is enjoying his retirement and that’s about all she does in this film. She feels more like a political prop in the movie rather than a fleshed-out character that the audience would enjoy. My only other issue is that half of the time characters shoot guns in the action sequences the actors don’t even look down the sights. It must be because of “movie magic” that the bullets manage to perfectly land on their target. Like I said they’re just small nit-picky things but they did stand out to me.

“No Time To Die” marks the end of the Craig films in this franchise. Daniel Craig started as Bond back in 2006 and he stayed with the character all the way up until now. I truly believe that the twenty-fifth Bond film gave a satisfying conclusion to his era of the Bond character. I’d give “No Time To Die” an 8/10. It’s good, but it’s not great.