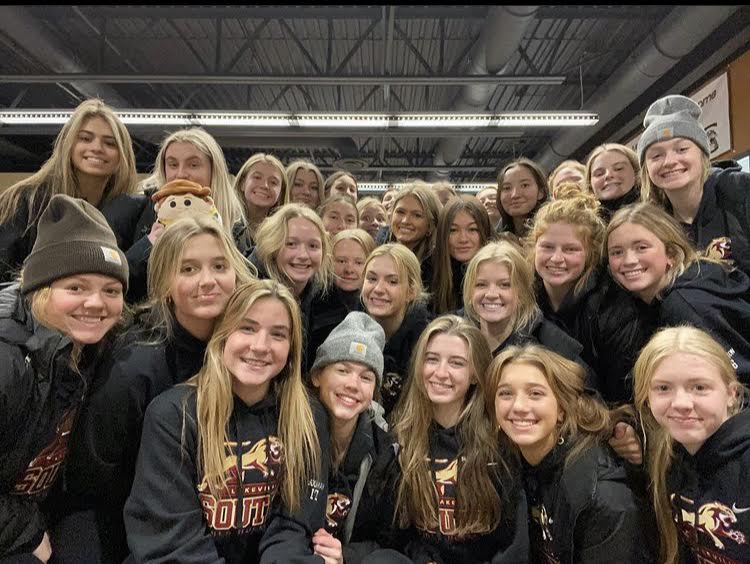 The LSHS Girls Varsity Hockey Team is off to a great start this season. The Cougars are currently 8 and 1. Despite their loss, the Cougars are undefeated in the South Suburban Conference, putting them at the top. Senior captains Taylor Otremba, Ryann Wright, Claire Enright, and Anika Mader are putting on a show. Enright is the leading team scorer with 17 goals, and Wright is leading in assists with 14. Otremba is second in goals (7) and assists (13). “I’m excited to be playing with my teammates and making memories with them throughout the season,” says senior captain Taylor Otremba. She believes that South’s biggest competition this season is Northfield.

The Cougars are coached by Tim Morris and assisted by Joel Tornell and Halle Gill. “This team has really come together and they are having fun playing for each other each game,” says assistant coach Tornell. “I am really looking forward to how far we can go as we continue to build on our early season success.” Last year the Cougars ended their season with a 14-5 record, losing to Farmington in the Section 1AA championship. Lakeville South is working hard toward their goal to end the season with the state trophy in their hands. “We have been working at practice to get 1% better every day so we are at our very best at the end of the season,” says Otremba.