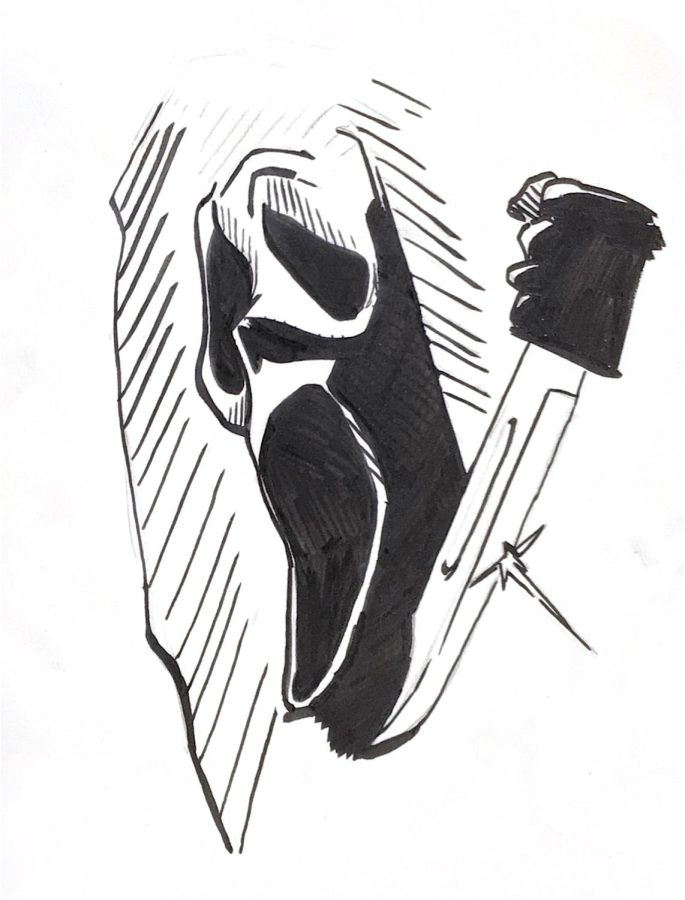 Oh boy. “Scream” is back for its 5th installment of the long running franchise that started back in 1996. I can’t believe I’m saying this, but, in my honest opinion, the new film is just as good as the original. It’s still very meta and true to its original source. This movie doesn’t try to be anything other than a Scream film. Which is a big issue plaguing modern day reboots and requels (reboot/sequel). The film opens up with a sequence that is already poking fun at the original. This movie is packed with nostalgic bits as well as the same type of commentary on the horror genre as a whole.

It’s pretty hard to find things that I didn’t enjoy about this film because it was just so good. The only issues I found myself having with this film is that the gore and effects weren’t the greatest, and that all the hospital scenes felt very barren and empty. There were some unrealistic kills but “Scream” never really tried to be realistic and take itself seriously as a film so I’m not gonna hate on the film for that stuff. Without going into too much detail because I’d prefer not to spoil anything, some of the effects looked extremely cheap and fake. This is a big let down since the original film had some top notch gore. There also seemed to be a lack of gore in this film compared to previous entries in the franchise. For the various scenes in the movie that take place in a hospital, apart from the main cast there really isn’t anyone there and the hospital feels more like a backdrop rather than an important part of the plot.

We got the bad out of the way so let’s take a look at the good. This film is just under two hours in length but it’s paced perfectly. By the time you’re starting the third act it feels like you’ve only been watching for an hour and a half. I found all of the newly introduced characters to be nice add-ons to the film even though some of them are really only there to be suspects. Don’t even get me started on the acting. For a horror movie, every actor felt like they gave an Oscar winning performance. Now that says something for a movie in the horror genre. The plot is pretty reminiscent of the original but it does this in a good way so it doesn’t just feel like a cheap and shallow copy. “Scream” still feels like it’s more of a commentary on the genre which for me is always a blast to enjoy.

If you are a fan of the franchise I’m sure you’ll love this one. Overall I’d give “Scream” a 9/10. It isn’t perfect but it doesn’t try to be, it just tries to be “Scream” and it did that excellently. If you happen to find yourself with a few hours to kill, I highly encourage you fill that gap by going to watch “Scream” on the big screen.