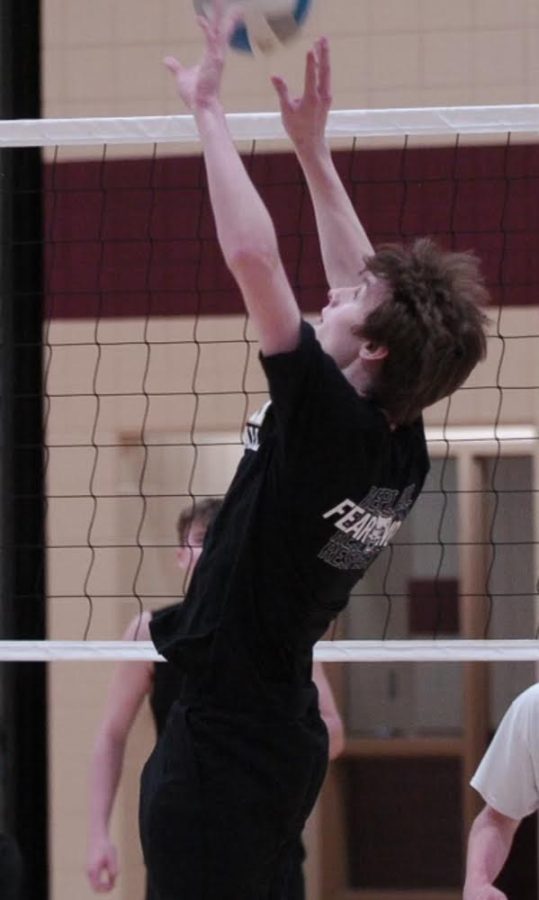 Boys volleyball isn’t as popular as the other sports offered at Lakeville South High School. This is because it’s a newly offered sport that hasn’t yet been sponsored, but is still a highly adaptable activity for any boy. The head coach, Steve Willingham, says that is a game in which the players “won’t necessarily have to come from other sports”, and that he believes to be a “no brainer”.

According to Coach Willingham, the sport “should be offered as a sport to connect kids in the South.” It has many benefits such as being able to play with new people, in front of your friends and classmates, and the added benefit of having a great team to work with.

The sport is different from other sports offered for boys because it has unique aspects, such as; serving, setting, underhand passing, and different techniques not usually utilized in boys athletics.

To senior captain, Ben Mosser, “it’s one of the most difficult sports to pick up and do well.” He says that the sport has “a lot of rules.” He thinks, though, the sport should be played by boys because “no matter what your athletic capability is, there is always something you can do, because there’s positions for “ literally anybody.” Mosser also says that “you can learn anything in the sport” and how the sport isn’t one that “needs natural skills.” Freshman Trevor McClenahan adds that in said sport you “use your full body to stop the ball from hitting the ground,” he remarks that you use “pretty much everything”. Sophomore Player Mike Anderson says how a great part of the sport is “ the friendships” and “the community.” He believes that a hard part about the sport is the “consistency,” and how it’s “harder if you’re not committed.” A big difference that Anderson pointed out between girls and boys volleyball, is that girls “started much younger than most of the guys playing.”

Overall, the sport is one with great people. McClenahan says how “it’s a great community” and how “the people are really nice.”