“Death on The Nile” – Review 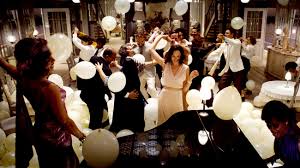 Death on the Nile: Review

Kenneth Branagh is back as Hercule Poirot and he’s got a new murder to solve. “Death on the Nile” is a new whodunnit based upon Agatha Christie’s book by the same name. Kenneth Branagh also directed the film, just like he did a few years ago with “Murder On The Orient Express”. Without going too indepth on the plot, the film follows a handful of characters around. As you get to know each one of them, you start to realize that each character has their own motives for being in Egypt. While on a giant cruise boat, somebody gets murdered and it’s up to Det. Poirot to solve the case.

Let’s get into the good aspects of this film, and boy are there quite a few. Let’s start with the writing and pacing. The writing was top-notch. Now i’ve never read the book so I don’t know how faithful of an adaptation it is but I felt that this film really sucked me into the narrative after the events in the prologue. It’s paced excellently. The film comes to a runtime of about 2 hours and 7 minutes. Yet despite that, it felt like I’d only been seated for half an hour. The film moves at a brisk place that fluctuates throughout the story but it never felt slow and I never got bored.

Next up on the list is the acting. Each member of the main cast gives an excellent performance, some better than others but everyone was very solid. A few outliers would definitely be Gal Gadot, Kenneth Branagh, as well as Emma Mackey. Everyone gave a stellar performance but these three were the best. Finally, without going into too much detail due to spoilers, we can talk about what are some of the best shot scenes that I have seen in a long while. There is a brief sequence during the climax that features some very ingenious camera work.

Now let’s take a gander at some of the bad this film has to offer. If you can accept some few lapses of judgement in the realism department, the film really doesn’t have that many flaws. The only issue I have is that not all of the characters are developed all that well. With a great big cast obviously not everyone is going to be fully developed but they definitely could’ve done better.

Overall I thought the film was very fun to watch for an initial viewing. Overall I’d give the film a solid 7/10. Its not bad by any means, its just not the greatest either. I highly encourage everyone to watch this film on the big screen rather than waiting for it to come to one of the many streaming services.