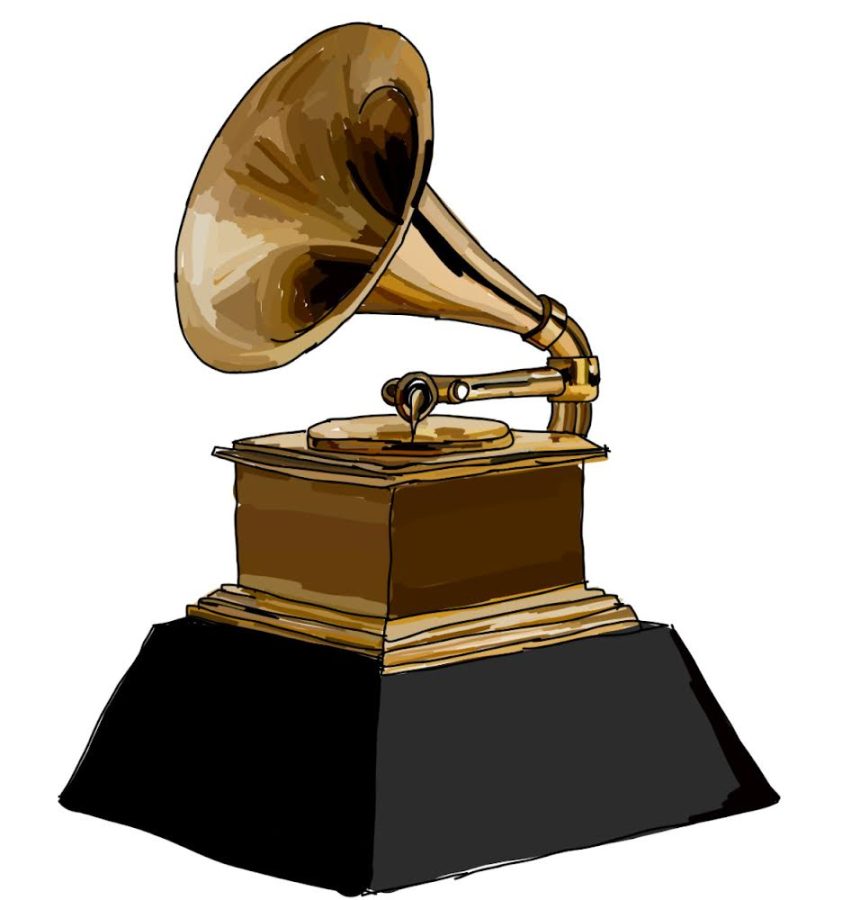 2022 Grammys lived up to its expectations, just as it usually does, every year. The fashion also lived up to people’s expectation, either in the glorious way or in the bad way. Every year there are always some outfits that confuse the audience, and some that blow them away. In this article I’m going to be listing some of my favorite, and least favorite outfits from the 2022 Grammys.

Starting with the world famous pop singer, Dua Lipa. Lipa was in a Versace black and gold dress with sheer accents. Personally, I think this is one of the best outfits of the night. The mixture of different materials and accents of gold just made it a beautiful dress. Lets not forget the amazing gold necklace and bracelets that went with the gold accents on the black dress. I overall love the black and gold theme, and the outfit was just a super classy, but fashionable outfit.

Now, Megan thee Stallion is an extremely talented singer and has a great style. The dress she was wearing though was giving off an early 2000s vibe. The dress was a leopard print one shoulder dress with zebra print on the inside. The dress was made by Robert Cavalli and while it has gold jewel accents, I don’t like the color scheme or the pattern in general. It was definitely not the worst outfit of the night but it was not the best. It reminds of a dress someone would have worn to a disney event in the early 2000s, but with a giant slit. Personally, I think there was a better dress out there to be worn.

How could we not talk about Tayla Parx’s “bowser inspired outfit.” It was designed by BCalla and it was a green jumpsuit with green giant spikes sticking out and a spike ball tied into her hair. I personally liked the creativity and trying to do something different. I also very much dislike it and I think that it just doesn’t look that good. It reminds of a costume a child would wear for halloween, and not an artist would wear to the Grammys. I think there could have been better things to do to, than to wear a bowser inspired outfit. This one that she was wearing though, was not the best one.

Now some artists went classy and with a bit of fun into their outfits like Lady Gaga, Christy Teagan, and Carrie Underwood. Others went the other way with more out of the box ideas than classy. Examples would be Little Nas X, Valentina Ferra, and Saweetie. Overall though I think artists were just trying to go with their personal style and their personal brand.  Jared Leto was a great example with his very extra Gucci outfit that was accented with a fur coat. It just represents his extra personality that he has and that he has done with other carpets.

The Grammys is another way for artists to show off new works by designer sna to show off designers talents. Now while some don’t work out, that doesn’t ena that the designer isn’t talented. It also would not be a red carpet or a fancy award show without some questionable outfit choices and some absolutely fabulous ones.